Literature / Because of Winn-Dixie 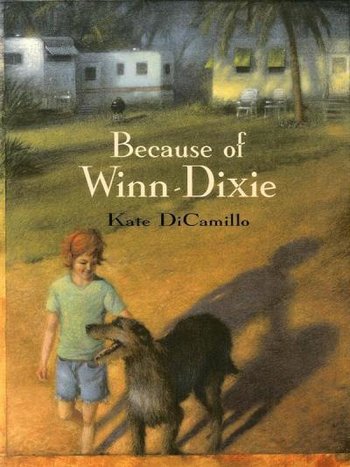 Because of Winn-Dixie is a children's novel by Kate DiCamillo, published in 2000. It was adapted into a 2005 film starring AnnaSophia Robb.

India Opal Buloni is the 10-year-old daughter of a preacher, and has recently moved into a Florida trailer park with her father, after her mother left them. While in a Winn-Dixie supermarket, she finds a stray dog, and not wanting him to be sent to the pound, claims he is hers, and that his name is "Winn-Dixie".

A musical is being made of the story, starring a highly-trained dog as Winn-Dixie.