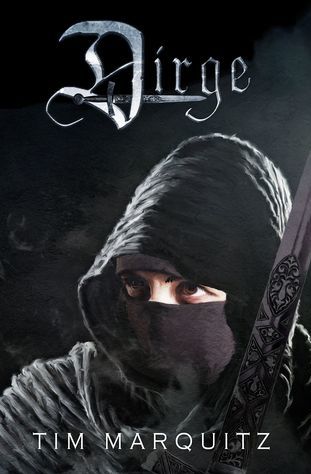 Dirge is a Dark Fantasy novel by Tim Marquitz published by Permuted Press.

Wreathed in the ashes of betrayal, forced to come of age in the dungeons of her stolen inheritance, Kallie Brynn Soren died so that Dirge might be born. In the midst of an undead invasion, Kallie is gifted powers by a dying priest. His last wish is for her to use them against the Necrolords in a way his faith would not allow. Reborn as Dirge and free of the priest’s conscience, she is more than happy to do so.

But when fate brings Dirge into the employ of the emperor–the same man whose machinations brought about the murder of her father–the opportunity for revenge becomes too much to ignore. Torn between vengeance and the need to protect the only people she dare call family, Dirge learns there is a much deeper purpose to the Necrolord’s advance. Should it come to light, it might destroy everyone.

The book was released in January of 2015.