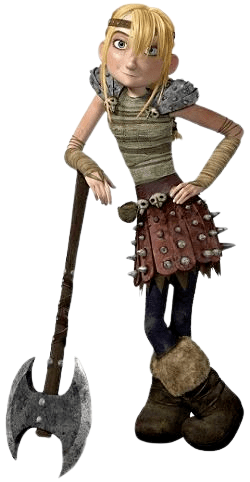 Segmented skirts (either skirts which consist of four or more overlapping "petal" strips, or actual plates of armour, which come down from the waistband) are often used as a way to make a suit of armour more feminine by adding in an armoured skirt, or, conversely, to mark out one of a group of fabric skirt wearers as tougher than the rest, without breaking the theme by giving her trousers. The correct name for the segments are pteruges.

The reason for this trope is a short dress is a popular choice of outfit for an Action Girl, however, it is rather impractical and might look a bit too feminine for some characters. This trope is often used as a compromise, as it resembles, or often actually is, armour and thus it looks less feminine than a typical dress. An added bonus is that it looks more practical since the segments won't restrict the wearer's movements.

This trope is also more likely to be combined with Modesty Shorts compared to other dress-related tropes, either to re-enforce the idea that it's part of a suit of armour or for modesty.

A Sister Trope to Battle Ballgown, Minidress of Power.

Contrast Chainmail Bikini (although this skirt can be paired with otherwise skimpy armor).