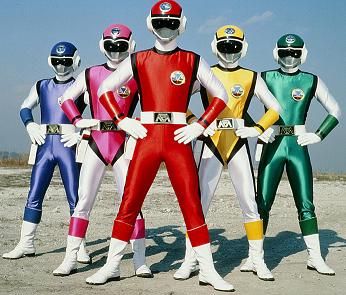 On one fateful day, five children from Earth were kidnapped and sent to the far reaches of outer space. Twenty years later...
Advertisement:

Chōshinsei Flashman (Supernova Flashman) is the tenth Super Sentai show, airing from 1986 to 1987.

In 1966, the Reconstructive Experiment Empire Mess authorized the abduction of five kids for the purposes of their experiments, however, benevolent beings from the Flash Galaxy saved the kids, and took each of them to a different planet of their solar system. Twenty years later, with the abilities they gained from the training on these planets, the now-grown kids return to Earth as Flashman, as they fight to protect their home planet from the menace of Mess while searching for their true parents.

Not related to the Flashman series of novels.

Example of:
The Worf Barrage