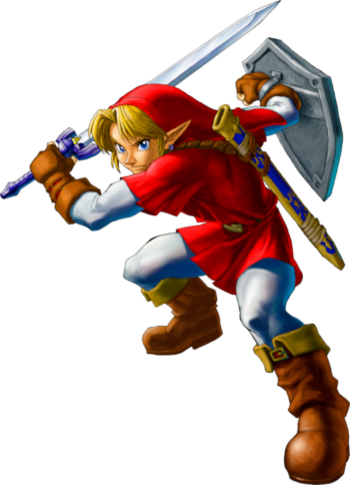 There are some pages that have been permanently etched into the annals of TV Tropes history by being removed and then locked, so that they may never return. The list of these is below, along with the "Unlisted cut pages" folder for certain categories of pages that are mass-prohibited.

If you wish to have a page added to this list, you can ask in this forum thread

To see a list of pages that were locked but not removed, go to Locked Pages. See also the list of Recent Cuts

, not all of which become members of this club.

open/close all folders
Pages cut and locked for reducing the overall quality of the wiki
There are Verbal Tics and Overused Running Gags, and then there are these. These are former tropes that were deleted outright for being so misused by having potholes to these pages sprinkled around this wiki on pages for no reason other than perhaps to be funny.
Advertisement:
Main namespace Darth Wiki and Sugar Wiki redirects
Due to heated complaining and gushing involving these on the main wiki, as well as unnecessary Pot Holing involving them, we discourage linking to these Darth Wiki and Sugar Wiki tropes and pages outside of those areas. Their main page redirects were cut and locked to discourage tropers from using them as such.
Misused trope name
Sometimes when we rename a trope, the original name has to be deleted if the misuse was really bad.
Pages locked for being cut then recreated
Cut pages sometimes have a habit of reappearing very quickly, usually due to tropers simply being unaware why the page had been deleted though sometimes as part of a trolling effort, so they may be locked to deal with this.

For a time, all cut pages were locked automatically as a preventative measure. Such pages are not listed here, so if you find a locked blank page not listed here you may ask here

for it to be unlocked.

Pages cut and locked due to being nothing but complaining
Becoming a platform for actively complaining about anyone or anything is basically the worst sin any page on this wiki can commit, short of being created expressly for the purpose of trolling and/or conveying hate speech. With the exception of a few Darth Wiki pages which exist as carefully monitored outlets for this sort of thing, any such page is nuked with extreme prejudice.
Overly-controversial pages/soapboxes
Let's just say the Rule of Cautious Editing Judgement exists here for a reason.
Advertisement:
Pages that were cut for being too NSFW/Squickish
Pages that were made to bypass an Example Sectionectomy
Sometimes when examples on a page become problematic the examples will be deleted. See Example Sectionectomy for more on that. When we delete the examples from a page, we don't want them back.
Unlisted cut pages
These groups of pages are too large to be listed individually, but general reasons are given for their lock and deletion:
Real Life subpages for items that don't allow Real Life examples
If a page that forbids Real Life examples is split and has its examples put into sub-pages, the ban on Real Life examples will extend to the existence of Real Life subpages. If they appear, they will be cut-and-locked immediately.
Potshot redirects
Before creating a redirect to a trope page became a mod-only task, sometimes people made redirects that were nothing but Take Thats, and recreating these redirects is off the table.
So Bad It's Horrible subpages which were just that
While this is one of the few areas on the wiki where outright derision of a work is permitted, there are certain standards that are expected, and limits as to how much edit warring will be tolerated before it's decided that a subsection just isn't worth keeping around.
Problematic Image Links
Former locations of locked pages
Persistent initialisms
We prefer people not to use initialisms and acronyms as redirects to a page, considering that they're often confusing for non-fans and can have multiple referents. Note that some of these are accidental; initialisms with numbers or lowercase letters count as Wiki Words.note While new Main/ pages now have to go through TLP or be made by a mod, the rule still stands for other namespaces.
Other/Unsorted