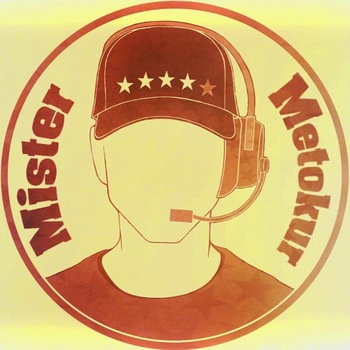 Last known pic of the elusive Mister Metokur.
”Glad I could help.”
Mister Metokur (real name unknown but sometimes goes by “Jim” and was formerly known as the “The Internet Aristocrat”) is a Youtuber/internet personality who focuses on chronicling and mocking the most bizarre, and downright insane individuals, movements, fandoms and general drama on the Internet. His videos contain detailed recounts on their antics and the events that often transpire around them, along with humorous observations and plenty of Deadpan Snarker.

As of right now Mister Metokur has five different shows:

That said, many of his videos do not fall under any category but are still usually related to Internet drama or some individual who’s strange and outlandish behavior can generate some laughs. His videos can be found on his YouTube account here,

at least the ones that haven’t been removed from his channel. Those ones can often be simply through YouTube’s search bar.

Please note that Mister Metokur himself is a somewhat controversial figure, mainly due to the fact that his channel focuses primarily on mocking people. The Rule of Cautious Editing Judgment applies.