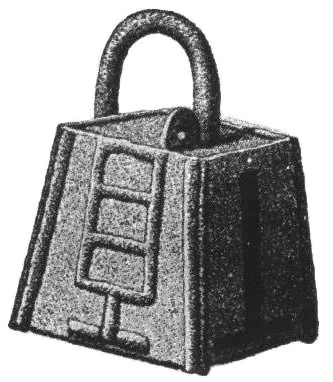 Authorized and high-ranking personnel only
Advertisement:

Is an article being desecrated repeatedly at an alarming rate? Is it the subject of heavy debate and constant changes? In either case, if these become too much of a problem, then you've probably got a page that needs to be locked by an administrator or moderator until such unproductive tendencies are resolved (which, sadly, almost never happens). This can be a depressing sight on any wiki when a page is in need of Wiki Magic (or attention from grammaticians) — the best option is to try keeping things productive so administrators have to do this as little as possible.

Moderators (listed here) have locking authority on this wiki, and can also edit them to fix problems. To get their attention, post your request on the forum, in the sticky topic about edits and unlocking to locked pages.

There used to be an autolocking system which locked all cut pages to prevent people recreating them. Certain pages that the community has decided upon as not coming back in a million years are put in the Permanent Red Link Club.

Note: If you were directed here when you clicked the "edit" button on an article (even though it had a lock icon instead, you crazy dedicated troper, you), it means the article is locked. Look below for the reason. If you don't see the article in question here, or on Permanent Red Link Club for blank locked articles, ask Ask The Tropers or the sticky topic linked above to add it.

At the moment, the following pages are locked:

These pages are meant to guide tropers on how to go about editing on the wiki. As such, the pages themselves have no need of examples or definition-tweaking. Some pages must be locked to prevent either from happening. If the pages were locked for different reasons, it will be specifically noted below.

.
Main
Manga
Monster
The subpages of Complete Monster get cleaned and locked to prevent further natter, edit wars, and shoehorning; unless specified otherwise, if a subpage is locked, it's for that reason.
Never Live It Down
Newsletter
Newsletters are not supposed to be edited after publication.
Nightmare Fuel
OTT
Quotes
Sliding Scale
Sugar Wiki
Tabletop Game
Talk
Namespace was retired long ago, all leftover pages are supposed to be archives.
That One Boss
Trivia
Tropers
Some pages in the Tropers/ namespace are locked because while the namespace is automatically locked, the "locked page" icon automatically links to the edit requests forum thread through this page.
Useful Notes
Video Game
Visual Novel
Webcomic
Website
Web Video
Western Animation
What An Idiot
Wiki Sandbox
WMG
YMMV
You Know That Show
Former subpages of You Know That Show are kept around only as archives.