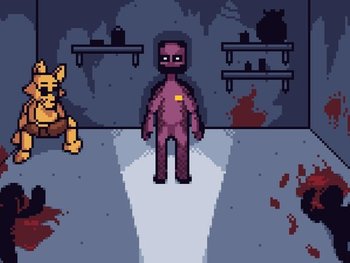 "I'm Dr Henry Miller, and I'm going to teach you all what you failed to learn the first time I slaughtered each and every one of you."
"Death was present, death was many. The terror had been unleashed in a fire ball of fury. Nothing would escape its wrath. When smiles and tears are dust, all that will be left are the bones."
—Chovian Fields Fairy Statue on Morlach's actions, Lost Isle

Fan Games and Game Mods created by fans can have characters just as bad—if not worse—as the works they are based on.