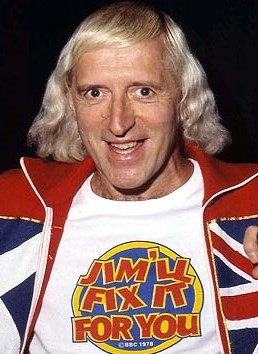 Jimmy Savile (31 October 1926 – 29 October 2011) was an English media personality whose career began as a deejay at dance halls in his native Leeds. He joined The BBC in 1964, regularly presenting shows between the 1970s and 1990s, through which he became known for his eccentricities. The shows also acted as a forum for philanthropic work for various hospitals that led to him receiving many honours that have all been posthumously rescinded.

His death on 29th October 2011 led to a two-hour tribute programme that aired on the BBC. A year later, ITV broadcast a documentary about Savile that triggered a police investigation into the biggest sexual abuse scandal in British history.