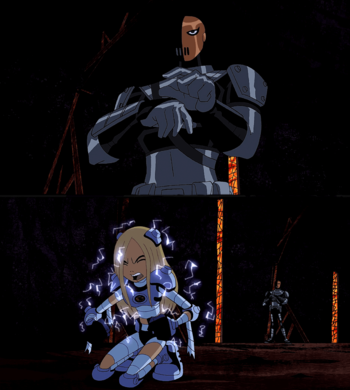 "I am the thing that keeps you up at night, the evil that haunts every dark corner of your mind. I will never rest — and neither will you."
The Flash: It's me you want Thawne, you don't have kill thousands of innocent people to bring me down.
Eobard Thawne/Professor Zoom/Reverse Flash: No, no I don't. But I choose to, knowing it will make your last moments pure agony.
—Justice League: The Flashpoint Paradox
Advertisement: