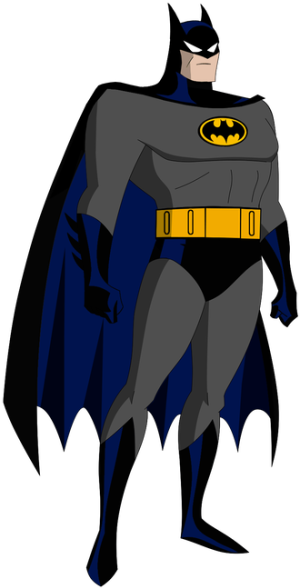 "I chose this life. I used the night, I became the night."
Click here to see him as Bruce Wayne 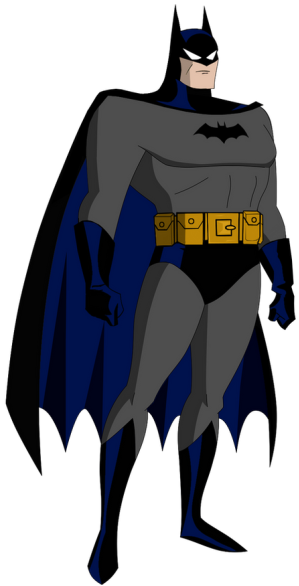 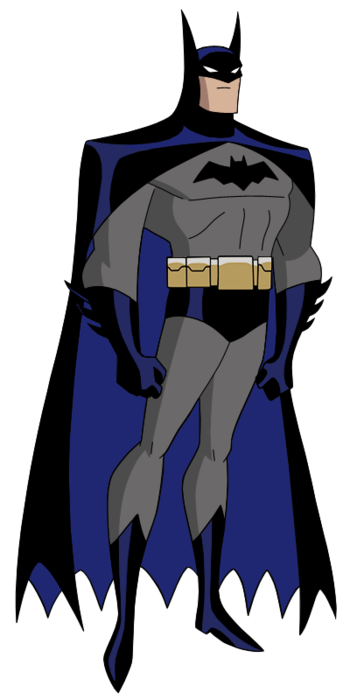 "I'm not really a 'people person'. But when you need help - and you will - call me."
Click here to see his final Batsuit

"Never again."
Click here to see him in Batman Beyond 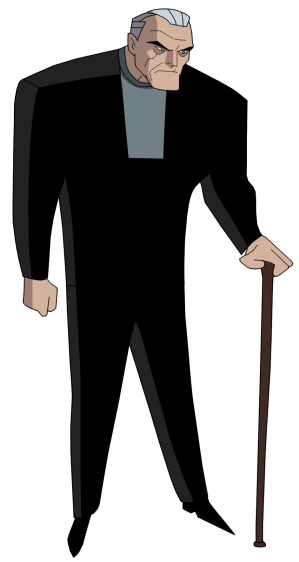 "Very good then, Mr. McGinnis. Welcome to my world."
Click her to see him in "Epilogue"

"The mantle of Batman is an honor, Terry"

Voiced in English by: Kevin Conroy

Voiced in Japanese by: Tessho Genda

Batman, otherwise known as Bruce Wayne, is a Gotham City vigilante who rose up to fight gangsters, insane criminals, and eventually even alternate universe despots, metahuman threats, and intergalactic tyrants in the DCAU.

Batman is the least changed character in the DCAU from his comic book counterpart; He generally has the same origin via the fact that his parents were shot dead after the three of them went to see a movie and he decides to avenge them by becoming the vigilante Batman, complete with a Batmobile and a handy utility belt. He is also notable for being an amalgam of the Golden Age, Silver Age, and Bronze Age versions of the character. He's dark and brooding, but also an excellent Parental Substitute and even gets a few witty one-liners (as well as being caught in the occasional Death Trap).

As a member of the Justice League, he preferred to work alone and from the shadows. Nonetheless, he has a vested interest in the group's activities (as it is Bruce Wayne's finances that paid for their Watchtower headquarters and Javelin ship) in addition to still being capable of fighting against villains.