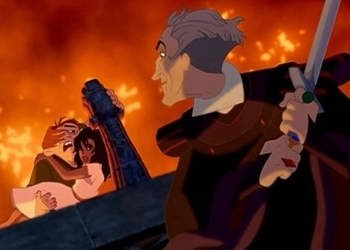 "And He shall smite the wicked, and plunge them into the fiery pit!"
"I've got the kids! I think I'm going to kill one of them now just for the heck of it!"
— Bill Cipher, Gravity Falls, "Weirdmageddon 3: Take Back the Falls"
Advertisement:

Disney villains tend to be very noteworthy, both for their personalities and their songs. However, some of them can also be horrible, ruthless, and despicable.