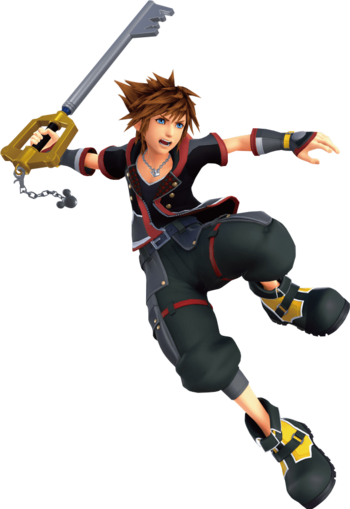 "I don't need a weapon! My friends are my power!"
Click here 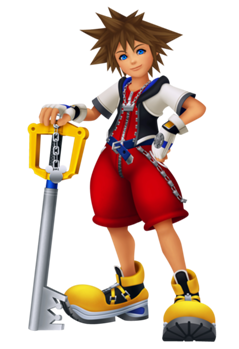 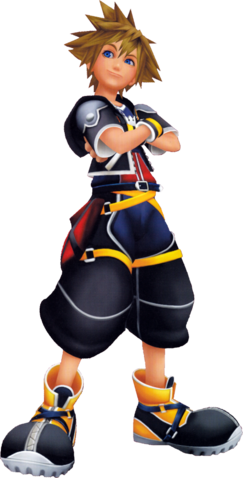 to see Sora as he appears in Dream Drop Distance

"I've been having these weird thoughts lately... like is any of this for real or not?"

The main protagonist of the Kingdom Hearts series who has so many tropes that he got his own page. For the main character index, click here.

A bright and spirited boy from Destiny Islands whose peaceful life is shattered when his home is destroyed by the Heartless, and finds himself in possession of a peculiar weapon called the Keyblade. As a hero chosen to battle the forces of evil, Sora embarks on a quest to reunite with his friends and save all other worlds from suffering the same fate as his own.