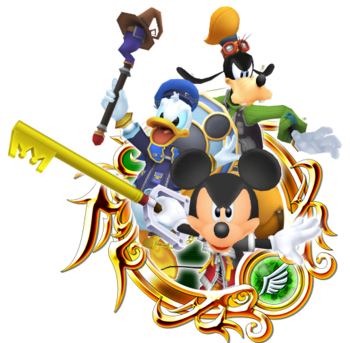 "No matter how far... the light will connect our hearts! We are - all of us - together!" 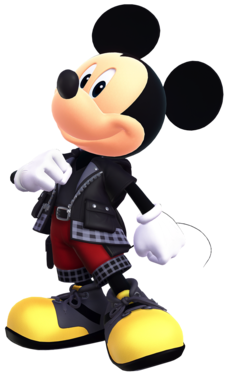 "Helping others should always come before asking others for help. We're safe and sound and free to choose! So there's no reason we shouldn't choose to help our friends."

The King of Disney Castle, and a Keyblade Master, Mickey Mouse is one of the first to notice how much danger the worlds are in, and one of the first to take action. When he leaves on a journey and doesn't come back, Donald and Goofy set out to find him. Although they meet a few times, Mickey is usually one step ahead of them and has a better idea of what's going on. He becomes a close friend of Riku in particular as he helps him learn to control his inner darkness.

358/2 Days was sadly the last performance of Wayne Allwine as the character in any medium. 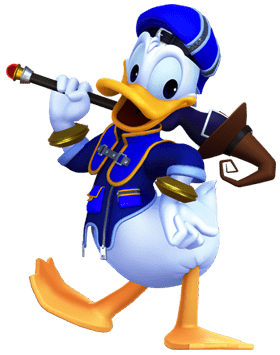 "Confounded Heartless! Get lost will ya?"

A fiery-tempered magician and a member of King Mickey's court at Disney Castle, Donald Duck was sent to find and follow the Keyblade bearer. He joins up with Sora to help him save the worlds and becomes one of his closest friends.

"I guess you're stuck with us, Sora!" 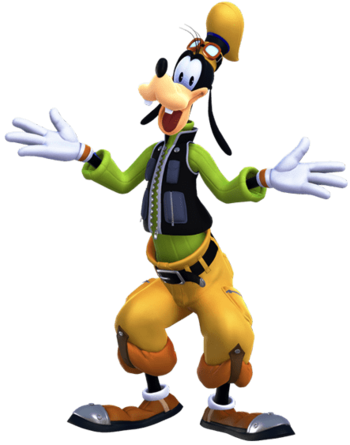 "All for one and one for all!

The mild-mannered yet loyal Captain of the Royal Knights at Disney Castle, Goofy was sent to find and follow the Keyblade bearer. He joins up with Sora to help him save the worlds and becomes one of his closest friends.