open/close all folders
The Foretellers
A group of Keyblade Masters from the age of fairy tales led by the Master of Masters, the oldest known Keyblade Master. Five were each given a volume of the Book of Prophecies from their Master, which foretells that Light will fall to Darkness. To prevent this, each leads a Union of Keyblade wielders who are sent out to protect the worlds from darkness. They also believe one amongst them is a traitor to the others, as the last page of the Book of Prophecies is missing; this suspicion would eventually lead to the Keyblade War, which destroyed their society and led to the Foretellers' disappearance. The sixth apprentice, Luxu, was not given a Book of Prophecies, but was instead assigned a more secret task by the Master.
The Master of Masters

See The Master of Masters 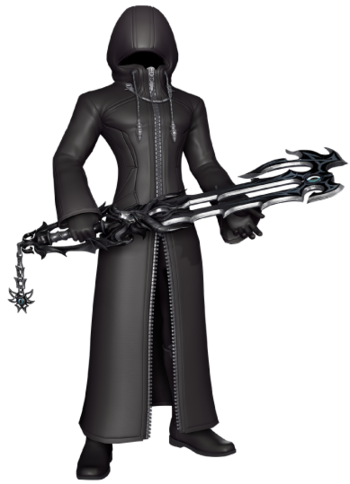 "The Master's intentions are not concerned with the longevity of the world. I will act in order to carry out my mission, and watch."
The sixth apprentice to the Master of Masters. He is gifted the Keyblade that would eventually be passed down to Master Xehanort, as well as a large black box, to fulfill the secret role bestowed upon him by the Master.
Ava

"When the time comes and there is war, you mustn't fight, but instead you must fly away from here to the world outside."
The youngest Foreteller, Ava leads the Vulpes Union. Despite being a Foreteller, she often makes friends with the Keyblade wielders she commands due to her youth. She is granted the role of forming the Dandelions, a small band of Keyblade wielders with high potential, to ultimately prevent the extinction of the light when The End of the World as We Know It arrives. She’s probably the nicest of the Foretellers (and if one assumes them to be evil, then that would make her their Token Good Teammate). Like Aced and Gula, her loyalty and faith towards the Master changes throughout the story and even though she still respects the Master, she starts to question the Master’s motives and actions. Eventually, she decides to break the rules of the union set in place by him by going behind his back to defy his orders.
Ira

"Isn’t it our duty as Keyblade Masters to prevent this war from taking place?"

"It isn't our place to try to change the events of the future; that is not our mission. We're here to make sure that light lives on. With only five lights, we can't afford to lose any."
A serious Foreteller with a strong sense of duty, who leads the Unicornis Union. He is granted the role of leading the other Foretellers when the Master vanishes, but ultimately threatens to tear them apart when he discovers the possible existence of a traitor amongst their ranks.
Aced 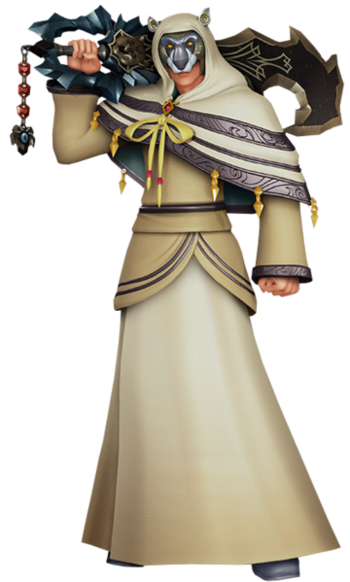 "We need to defy the Master’s teachings to protect the world!"

"What, did you expect the traitor to give themselves up with that accusation of yours? That was foolish!"
A hot-headed, boisterous Foreteller who heads the Ursus Union. He possesses a strong will, and will confront even his fellow Foretellers when he feels that it's right. He is gifted the role of supporting Ira, or otherwise take command if Ira fails in performing his role properly. Like Ava and Gula, his attitude towards the Master’s rules and orders changes throughout the story and he eventually decides to defy his teachings.
Gula 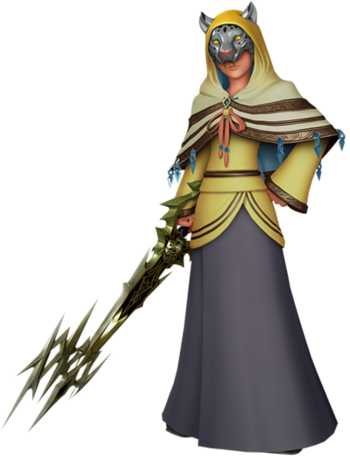 "Trust no one but myself…"

"The only way to get him back is to break the rules! If things don't change, the entire world is doomed!"
A young Foreteller who heads the Leopardos Union. He much prefers solitude, distancing himself from his fellow Foretellers with an aloof personality. He is gifted the role of analyzing and discovering the secrets of the Book of Prophecies. Like Ava and Aced, his attitude towards the Master’s rules and orders changes throughout the story and he eventually comes to the conclusion that the rules need to be broken to save the world.
Advertisement:
Invi 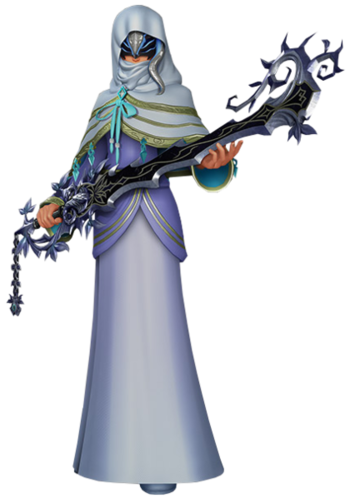 "I’m sorry you got tangled up in this…"

"But, that isn't the balance we were expected to keep. If everyone's collecting light solely for themselves, Keyblade wielders will soon turn against one another, which will lead to... the Keyblade War."
A noble woman who follows the Master’s teachings with absolute faith, Invi leads the Anguis union with unwavering prudence. She is gifted the role of watching over the other Foretellers with a fair eye.

A Keyblade wielder from Daybreak Town who seeks to prevent The End of the World as We Know It by collecting enough light to combat the darkness. You decide their name, gender, appearance, and which Foreteller's Union they belong to. 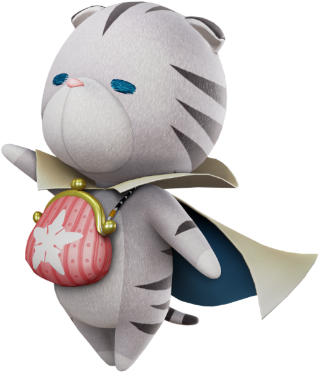 "This is where your story began, the story of your very own adventure. Five of the Master’s apprentices armed themselves with the Book of Prophecies. They each created a Union. This would fulfill his wishes. Then, they set out to rally Keyblade wielders just like you. By defeating Heartless, the monsters of darkness, they would gather light."
Cat-like creatures created by the Master of Masters to accompany Keyblade Wielders. Chirithy offer guidance to the Wielders they accompany and act as a beacon of light for their masters. It is said that a Chirithy will transform if its master's heart becomes tainted with darkness.
Spirits

A customizable Spirit companion belonging to the player character, created by the leaders of Dandelion and gifted by a Chirithy for their hard work.

Four unnamed keyblade wielders that the Protagonist meets in Daybreak Town before the Keyblade War begins and after the Castle of Dreams quests end, later accompanying them in other quests.

"Hey, maybe talking about the Book will cheer you up!"

"Great! From today on, we're friends beyond Unions."
A fellow Keyblade wielder from a rival Union. Along with the player, he wishes to find the truth behind collecting Lux.
Skuld 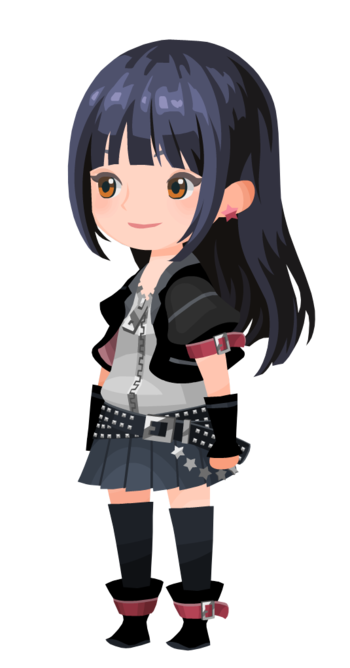 "Our goal of protecting the light is the same. There's no need for us to fight."
A Keyblade wielder from Ephemer's Union. She wants to assist the player in discovering the truth.
Ventus
See Kingdom Hearts: Terra, Aqua, and Ventus
Brain 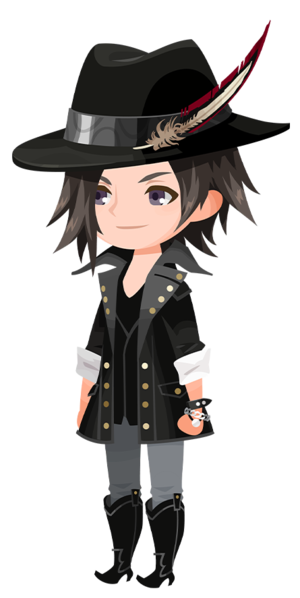 "Hey, about the rules, think they're set in stone? Or more like a guideline?"
A Keyblade wielder chosen by Ava for a special task.
Strelitzia

"You don’t know me, but I feel like I know you. I hope that one day we can be friends. There’s so much I’d like to tell you."
A Keyblade wielder chosen by Ava for a special task.
Lauriam

A Keyblade wielder, chosen by Ava for a special task.

A member of the Dandelions and an occasional party mate of Strelitzia. After Strelitzia goes missing, Lauriam meets up with Elrena in secret in hopes of finding more clues to her disappearance, which in turn gets Elrena in on the investigation.

General
The various antagonists of the prequel.
Nightmare Chirithy 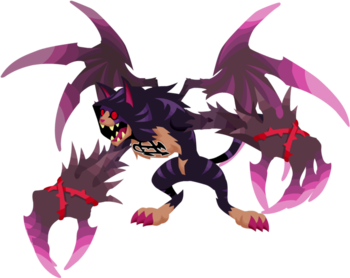 "You don't look very happy to see me... Come on, I was just trying to help. I thought if I took away everyone's Lux, there'd be no reason to fight over it anymore. Aren't I the greatest."
A Chirithy that has been corrupted by the power of darkness, turning it into a Nightmare.
The Traitor

"Imbalance observed, strength misplaced, a future filled with sorrow. Words of truth misunderstood as they explore the secret of tomorrow. With a single strike, toll the bells and herald the end, bringing war upon us, as fate did intend."

According to the Book of Prophecies, one of the Foretellers is supposed to betray all the others.

An enigmatic shadowy entity. Darkness is conspicuously insightful on topics that should have been only known to the Masters of Masters and his Disciples... and is more than adequate in taking down anyone in its way, too.

The Keyblade Master to Xehanort and Eraqus in their youth. Upon the disappearance of the senior students, he sends them and four of their classmates to search the different worlds.

One of Xehanort and Eraqus's classmates. After their senior classmates disappear, Master Odin sends him to the World outside Scala Ad Caelum with his classmates in search of them.
Vor

One of Xehanort and Eraqus's classmates. After their senior classmates disappear, Master Odin sends her to the World outside Scala Ad Caelum with her classmates in search of them.
Urd

One of Xehanort and Eraqus's classmates. After their senior classmates disappear, Master Odin sends her to the World outside Scala Ad Caelum with her classmates in search of them.
Hermod

One of Xehanort and Eraqus's classmates. After their senior classmates disappear, Master Odin sends him to the World outside Scala Ad Caelum with his classmates in search of them.
Baldr

One of Xehanort and Eraqus's classmates. While the others search for the missing students, Baldr is made to stay behind in Scala Ad Caelum.