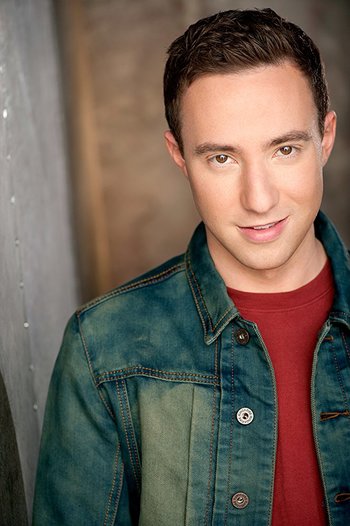 Just a guy who does voice work for fun.
Advertisement:

Maxwell Braden "Max" Mittelman (born September 5, 1990) is a Los Angeles based voice actor. Started out as a voice actor working in many western animation and video game voice work, Max became a recognized name within the anime community thanks to his debut role as Sewashi (Soby) in the Doraemon dub. He later landed into playing major characters, such as Haruto Kurosawa from Coppelion, Hikari Sakishima from Nagi-Asu: A Lull in the Sea, Inaho Kaizuka from Aldnoah.Zero, Kousei Arima in Your Lie in April, and Saitama in One-Punch Man where the last three roles are arguably his Star Making Roles. He also took some roles under the name of Jason Baker.