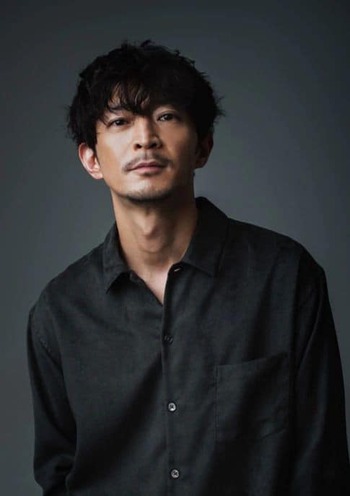 What? Why not do it yourself? It's against the rules, right?
Screw the Rules, I Have Money!!

Kenjiro Tsuda (born June 11, 1971) is a seiyuu born in Osaka, probably most famous as Seto Kaiba (the second one, after replacing Hikaru Midorikawa from the original series) in Yu-Gi-Oh!. He also played Adult Lambo in Reborn! (2004) and Sadaharu Inui in The Prince of Tennis. His voice is very smooth and husky, making it suitable for cool, dangerous characters. He's also known for voicing quite a few Large Ham and campy characters - and, perhaps most infamously, for splitting the difference and voicing Ax-Crazy characters with a Mask of Sanity of varying durability. He doesn't always voice villains, but his Typecasting is so strong that a secondary character being voiced by him is highly likely to be extremely bad news.

A Japanese tabloid magazine published an article in July 2020 revealing that he is married and has two children. Tsuda was not pleased at this, as he had gone to great lengths to keep his family out of the public eye.

Not related to Minami Tsuda.