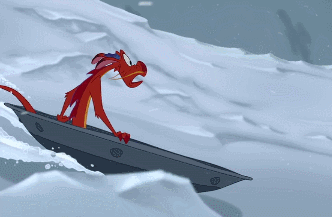 The use of a shield, or something in a similar shape and/or size, as a board or sled to traverse through a particular environment.

Being carried on a shield is a different trope entirely.