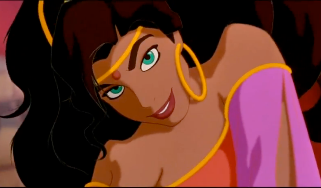 Unfortunately, this is what helps kickstart the plot in the first place.