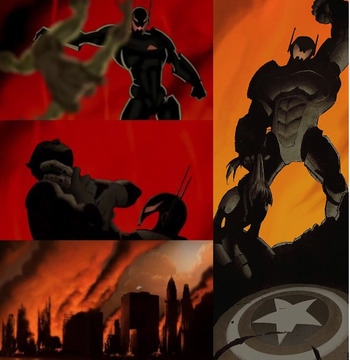 "Now ends the Avengers!"
J. Jonah Jameson: How can one man hold the entire NYPD at bay like that?
Joseph "Robbie" Robertson: Jonah, (Cletus) Kasady's not a man, he's a monster. He's done things even the Post wouldn't print.
—Spider-Man: The Animated Series, "Venom Returns", on the man who would become Carnage

Entries in each folder (except "Others") are by air date/release date.