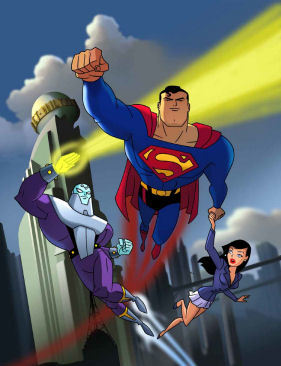 Superman: Brainiac Attacks is a Direct to Video movie, created to cash in on the mild-success of Superman Returns, that on aired a part of the Toonami block on Saturday June 17, 2006 and was released on DVD Tuesday June 20, 2006. It also aired on Toon Disney on June 16, 2008, being the first Superman film to air on the channel. The film features Superman battling the forces of Lex Luthor and Brainiac. It also focuses on the relationship between Superman and Lois Lane and stands as the first Superman solo animated film.