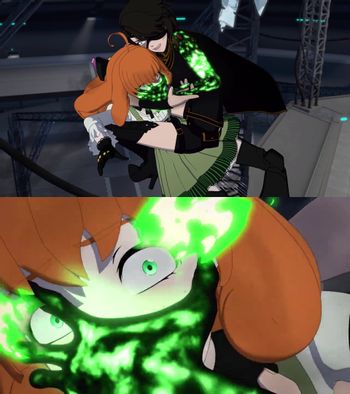 "It's nothing personal, dear. You're just not worthy of such power. But I am...So I will take...what is mine..."
"Look how they run!" The God of Darkness laughed. "Look how they die." Troubled, the God of Light did what he could to repair the damage and rebuild the lost lives, but each time he did, the God of Darkness invented some new catastrophe to destroy them-and worse, make them suffer as they died. All while his Dark nightmare beasts multiplied and spread throughout the world.
—God of Darkness, Fairy Tales of Remnant, "The Two Brothers"
Advertisement:

The world of Remnant has seen many legendary heroes throughout the ages, but with them, it has seen monstrous villains who manage to be just as legendary.