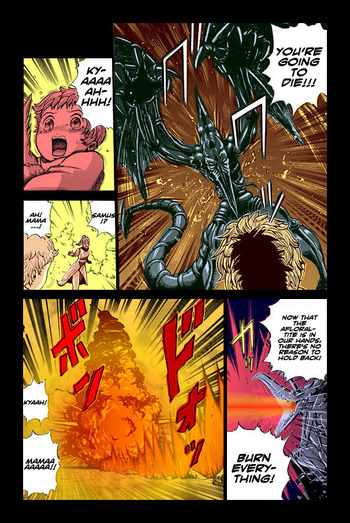 Ridley, Cunning God of Death
"Our scanners have detected the remains of Dark Samus, who has revived herself within our Phazon storage. Surely, we are cursed. The fiendish shrew consumed all of the Phazon, then wiped out a third of the crew in a matter of minutes. Now she moves at will through the halls of Colossus, using her witchery to beguile the minds of my men. We are unable to call for aid, and only a few of us remain to stand against her. All is lost."
—Captain's Log, Metroid Prime 3: Corruption

Throughout her many adventures, Samus Aran has confronted Space Pirates, Metroids, and countless other aliens of all shapes and sizes in order to keep the galaxy safe. A select few stand out as the worst.

Entries in each group are by release date.