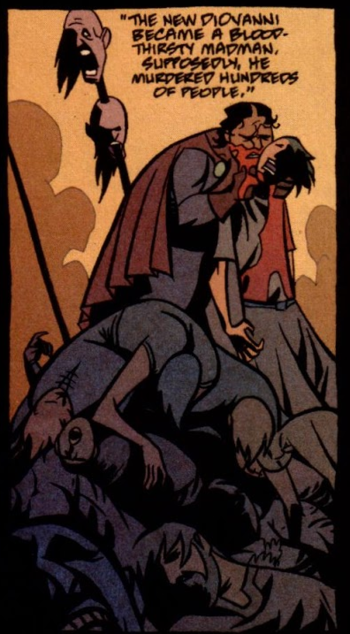 Romulus Diovanni, Atop a Mountain of Corpses
"Can you hear it? The weeping of mothers and the splashing of their tears? They were never told their children's fate, but in their dreams they know..."
—Moloch, to Hellboy, On Earth as it is in Hell
Advertisement:

Hellboy proves Dark Is Not Evil, especially compared to some of his foes.

Entries in each category are by release date/publication date.