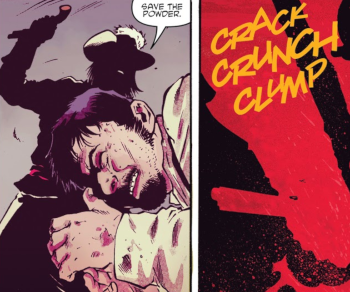 "Ramirez was an effete snob! He died on his knees. I took his head and raped his woman before his blood was even cold... Ah, I see. Ramirez lied. She was not his woman. She was *your* woman. And she never told you. I wonder why. Perhaps I gave her something you never could, and secretly she yearned for my return."
—The Kurgan to Connor MacLeod, the original film
Advertisement:

The Highlander franchise had quite a few supremely nasty villains. These were typically bloodthirsty warriors with massive bodycounts who stand in marked contrast to their much nobler fellow Immortals.