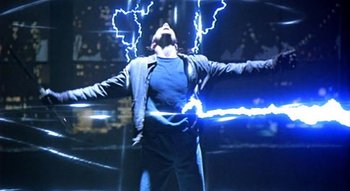 "There can be only one."
Advertisement: