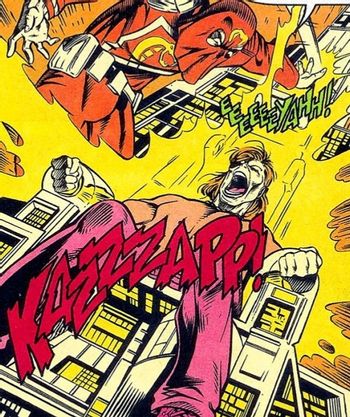 "This kind of behavior is totally unacceptable, Billy! I didn't have a Brainwave Scanner when you were five!"
"And this is how I win the world. This juncture of course is usually where the wheels come off. But not this time. Cutting the traitor Major Bludd's heart in half right in front of you, right here in this room, should have gotten the point across. It suited me once to appear weak and cowardly because it motivated you "people" to think. But today, is a new day. There will be no move to take over my command, there will be no mistakes. There will be NONE OF YOUR CRAP! NONE OF IT! Work with me, I will give you the world in less then 24 hours. Work against me, and I will gut you like a fish. Right here."
— Cobra Commander

The Real American Heroes have been facing Cobra and other threats since its relaunch in 1982. The worst of those threats threaten the entire world.