Please use this thread

to discuss modifications; the "add post" button is on the last page 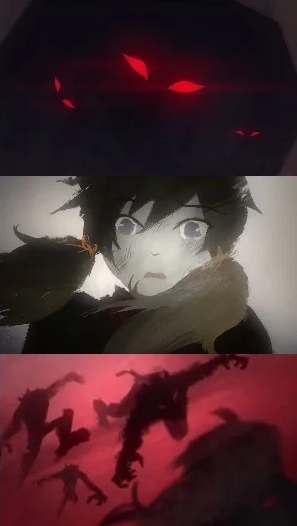 "There we were: A toddler sleeping in the back of a wagon and a stupid girl too exhausted to even cry for help. We might as well have been served on a silver platter."
"I've been out there, and I've seen the things she's made. And let me tell you: they are fear."
—Qrow Branwen
Advertisement:

Hilarious? You bet. Awesome? Definitely. However, that certainly doesn't mean it can't get scary. Those beasts aren't called the Grimm for nothing.

RWBY Chibi has has its own page.

Volume 5
Dread In The Air