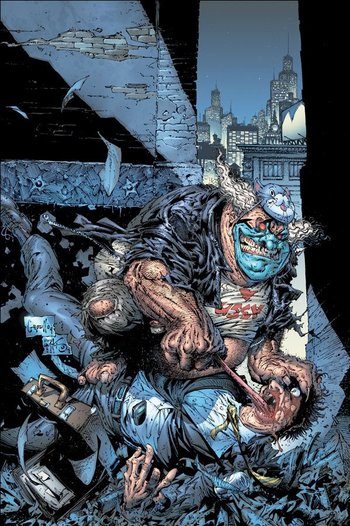 You should see his true form

◊.
"The master of pain...has delivered agony to billions of worlds and dimensions. There the threads of unchecked anguish stretch and weave without end."
—God, to Angela, about Malebolgia, Curse of the Spawn #10

Spawn is an incredibly dark comic from The Dark Age of Comic Books, but still has several monsters who stand out.

Other Media (by release date)