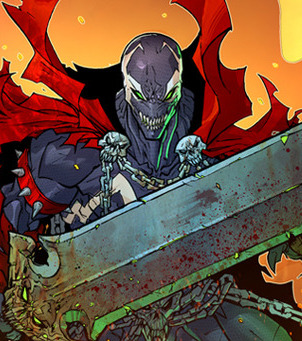 The protagonist of the comic. Al Simmons used to be a black ops soldier and CIA assassin working for Jason Wynn, until he got executed for asking too many questions. Due to his life of murder, he was sent to Hell, where Malebolgia offered him a Deal with the Devil so he could go back to Earth and see his wife Wanda again. He agreed, but ended up tricked: Malebolgia brought him back five years after his death, resulting in his wife having already married his best friend and ending up with a daughter.

Also, rather than being merely brought back to life, Simmons was revived as a charred corpse and turned into a "Hellspawn," a Humanoid Abomination with a demonic costume symbiotically bonded to him and dark magic powers. Al is initially lost and confused by the situation, but gradually tries to use his powers for good, resulting in Malebolgia sending a demon, the Violator, to form him into a proper general for his army. 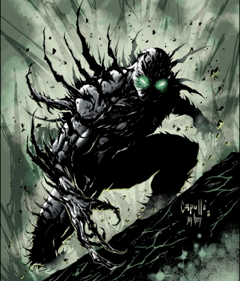 An amnesiac man that awakens the exact day Al Simmons committed suicide. Tormented and vengeful, he struggles to find the truth about his past and his mysterious connection with Al Simmons, while fending off all the forces trying to control him.

Leetha of the 7th House of K was the Hellspawn symbiote that was bonded to Al Simmons' soul by Malebolgia. Manifesting a voluminous cloak and chains, Leetha is capable of acting independently of her host and feeds off his necroplasm. 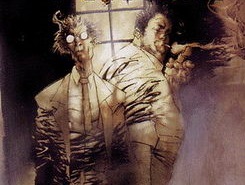 Two cops whose beat includes the area where Spawn comes to dwell after being sent back to Earth. They gradually come into contact with the hellspawn and became wary, distant allies. 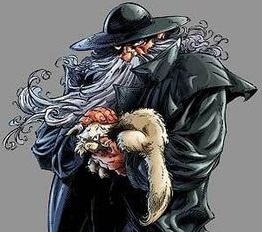 An enigmatic homeless man who appoints himself something of a mentor figure to the confused, uncomprehending new Hellspawn. It then turns out he's actually a hellspawn who quit the armies of Hell himself. 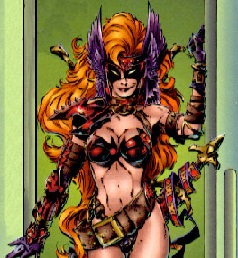 An angel tasked by Heaven with slaying hellspawn, especially during their vulnerable period on Earth for the first time. 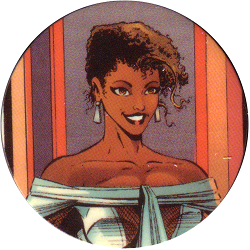 Al Simmons' wife prior to the series, it is love of her that motivates him to barter with Malebolgia, becoming a Hellspawn in exchange for being allowed to see her again.

Al Simmons' best friend prior to the series who married Wanda soon after Al had died. He is the father of Cyan and an ever-suffering figure due to Al's influence in his life.

Wanda and Terry's daughter. She was born sometime after Al's death.

Wanda's religious mother and Cyan's grandmother. She acts as Spawn's spiritual guide and confidante in times of doubt and stress.

Advertisement:
Medieval Spawn I/Sir John of York
A Hellspawn who was active in the late medieval period. Once Sir John of York, he was killed by King Henry's bodyguards and was sent to Hell, where he struck a deal with Malebolgia to become a Hellspawn.
Nyx/She-Spawn I 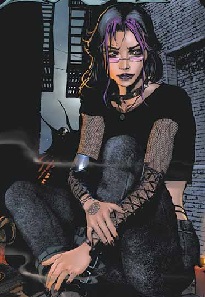 A Wiccan girl who helped Al Simmons regain his Hellspawn powers and fell in love with him.

Jessica Priest was the one who killed Al Simmons. 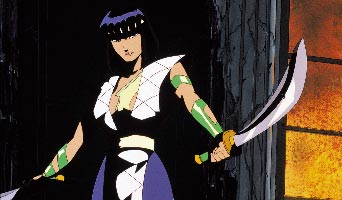 First introduced in the animated series, Lisa Wu is a journalist interested in investigating Jason Wynn's dirty dealings and finding out who's behind the alley murders. She's also revealed to be a hunter for Heaven under the name Jade and as such obliged to track down and kill new Hellspawn. 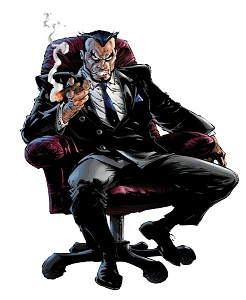 Al's former boss, and the one responsible for his death and transformation in a Hellspawn. Also heavily involved in Jim Downing's past work as Director Kramer.

Spawn's heavenbound counterpart chosen as Heaven's answer to the Hellspawn to become a righteous being infused with heavenly matter to smite the forces of Hell and protect the members of Heaven's Flock.There have been two other versions after Jason Wynn that were chosen after Wynn proved to be an unsuitable candidate:1. Phil Timper (II)2. Eddie Frank (III)
Malebolgia 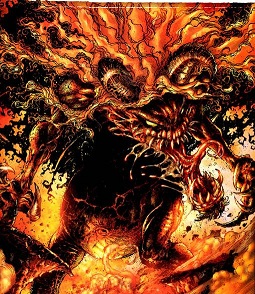 The Demon Lord that Al made a deal with in order to become a Hellspawn. 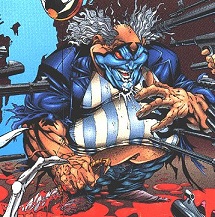 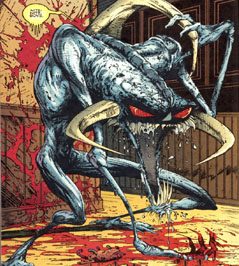 A demon sent to Earth's surface to act as guide to the newest Hellspawn. Needless to say, they don't see eye-to-eye and become bitter rivals. 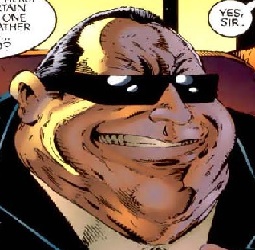 One of the earlier criminals that Spawn interferes with, a Mafia boss who comes off the worse when he picks a fight with Spawn. 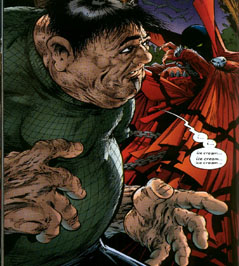 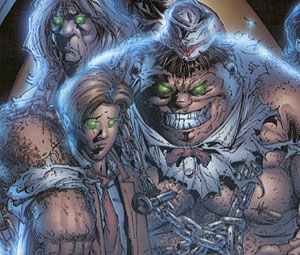 The psychotic son of a doting senator, his father uses his influence to cover up the fact Billy is an implicitly pedophiliac serial killer, who uses his guise as an icecream truck driver to scope out and snatch up his victims. 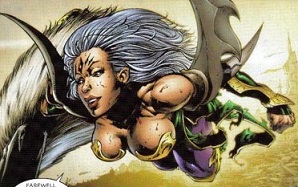 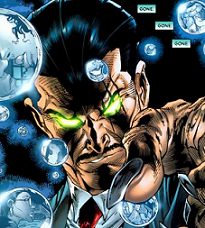 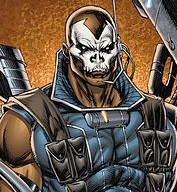 See the Youngblood character page.
John Sansker / Jean de St Clair
Morana
Bludd
A vampire with an interest in Jim Downing.
Omega Spawn
Godsend
A sadistic archangel warrior wearing a living costume similar to a Hellspawn symbiote.
Original Hellspawn
The first Hellspawn, an entity formed when the demon-lord called the Serpent and the angelic Deceiver allied to claim the skulls of their commanders, the Black Angel and White Demon, and merged them together. After his death, his power was harnessed by Malebolgia and the Violator to create the Hellspawn symbiotes.
Ab & Zab
Abadon and Zabraxas, a pair of lesser demons known as "openers" ordered by Malebolgia to summon the dark god Urizen to trigger Armageddon. After Urizen is defeated and Malebolgia slain, Ab and Zab spend their time as reluctant servants to Spawn and occasionally performing random acts of chaos.
The Curse
Heep
Belial
Bingo
Cy-Gor
Decay
Gabrielle
Hellion
King Spider
The Freak
Soul Crusher