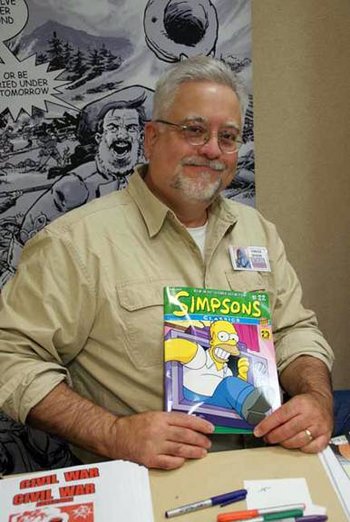 Dixon broke into comics with Eclipse Comics in the late '80s, and became a prolific writer at Marvel Comics, most prominently on The Punisher.

Dixon's work with the Bat-verse began with a five-issue Robin miniseries in 1991, focusing on the then-current Robin, Tim Drake. The success of the mini-series led to two sequel miniseries featuring Robin, The Joker's Wild! and Cry of the Huntress, also met with agreeable reviews. By 1993, during the midst of the Knightfall debacle, Dixon (now already the regular writer of Detective Comics) was given writing duties on a solo Robin ongoing, which he would write for one hundred consecutive issues with more artists than could be counted. As the decade went on, so did Dixon's writing duties - at his peak, he managed half a dozen monthly books simultaneously - Detective Comics, Robin, Nightwing, Catwoman, Green Arrow, and more, not to mention dozens of fill-ins for other books and an untold number of one-shots and miniseries.

In addition to kick-starting the Robin and Nightwing ongoings, Dixon also created famed Bat-villain Bane, and was the mastermind behind Birds of Prey, both in its several initial miniseries and its ongoing, all the way through issue number 46 in 2002.

In the early oughties, Dixon moved over to CrossGen. He briefly returned to DC circa 2008, where he was perhaps most notably responsible for the Author's Saving Throw Retcon of Stephanie Brown's death during the War Games arc. Leaving due to unspecified tensions between him and DC management, in recent years he has written for several independent companies, most notably IDW Publishing, for their G.I. Joe titles.