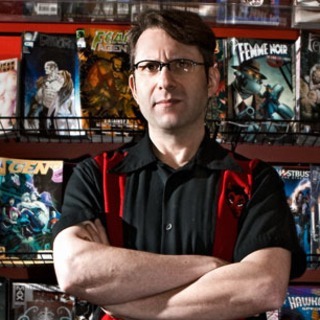 An American comics writer/artist. He has also written for television alongside his wife Sarah Dyer, and the two have collaborated on some comics projects.

This creator and his work provide examples of: