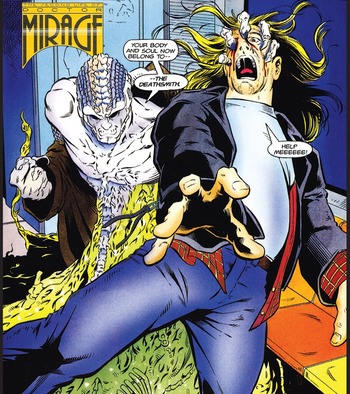 "Good evening, ladies and gentlemen—I'll be your murderer tonight!"
"A hundred innocent lives snuffed out as thousands of injured writhe in agony. If only it could go on forever."
—Master Darque (Valiant Comics version)

Note: When applicable, characters are listed under their most prominent series; they may also appear in other series.