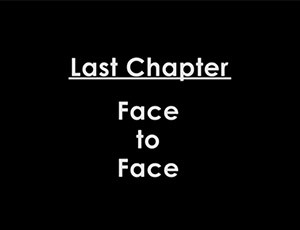 Chapters are convenient. They divide stories into bite-sized chunks. They might tell readers what to expect next. They can set the atmosphere with a neat font. It's a shame there are only chapters in books. Right?

A writer decides to include chapters, regardless of the work's medium.

Chapters may or may not be numbered. If they are numbered, some numbers may be skipped. Sometimes this is done similar to a Storybook Opening, displaying an open book with literal chapter titles. Sometimes the movie preserves the original chapter titles from its source material (if it is an adaptation). Some chapter titles indicate a progression of time, such as days of the week or months of the year. In other cases, the chapter titles merely serve to separate and foreshadow different plot arcs or bring Idiosyncratic Episode Naming to a film. This may be done in the style of a Title Card.

Sub-Trope of Title In.