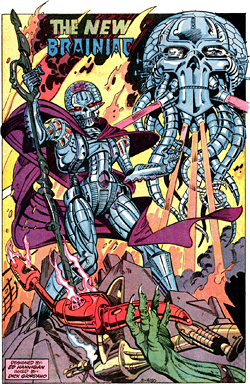 ◊ from Action Comics #544, art by Ed Hannigan
"Think the countdown's almost up. So you and mom can argue about morals and values all you want but you're both about to meet up with Daddy El. Glad I got to complete the whole family set."
—Reactron to Supergirl, before blowing himself up, destroying New Krypton, War of the Supermen

Superman is one of the oldest superheroes and the symbol for goodness and heroism in the DC universe. So it's not surprising that the members of his Rogues Gallery, which is appropriately massive, are the exact opposite. There are a few that are exceptionally vile, however.