Due to the nature of The Mandela Catalogue and Analog Horror in general, all spoilers are unmarked, as it would otherwise make discussion impossible. Please watch the Webseries HERE 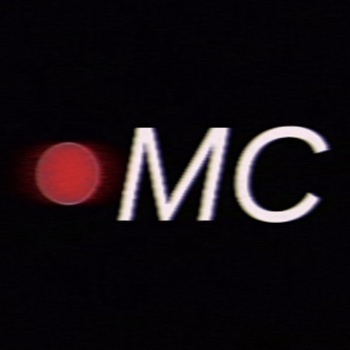 ...for the preservation of security.
i am bound to chains on my ankles
that grow heavier with each step
the infinite amount of sand will be my tomb
and my foolishness will be my legacy
if there is a god
please help me
Advertisement:

The series takes place in a world overrun by Alternates, shape-shifting demons that can transform into anything they see, imbued with a drive to kill and take on the form of humans. Society has become a Crapsack World thanks to the existence of these entities, and humanity lives in fear of the Alternates coming for them. The medium of which these videos are presented differs, ranging from a police training video, a phone recording coupled with surveillance footage, a Public Service Announcement for adults on how to protect their children from "graphic content," and even an edit of a cartoon about the bible.

Volume 1 follows two victims of the Alternates, Mark Heathcliff and Cesar Torres, and through recordings shows their last moments, as well as events in their past related to the Alternates.

Volume 2 follows Adam Murray and Jonah Marshall, a pair of delinquents who serve as the Bythorne Paranormal Society, investigating paranormal phenomenon. They take a job from a woman who has been hearing meows from her deceased cat to stay in her house for three days and lay the cat's soul to rest. Of course, there is far more to it than that, and the two wind up encountering an Alternate.

Volume 333 follows Thatcher Davis and Ruth Weaver, two newly-promoted officers from the Mandela County Police Department. Thatcher spearheads the investigation and analysis of evidence gathered from the room of Mark Heathcliff back in Volume 1. Soon after, Davis and Weaver respond to an ominous distress call made by one Jude Murray, a fresh divorcee hiding from an invader in his house; an Alternate.

Volume 4 follows the aftermath of the incidents of Volume 2 and 333, and reveals new information about the nature of the Alternates and their plans.

Has nothing to do with the Mandela Effect, from what we know of at least.

Dave's friend "O'Brien" reveals himself to be the false archangel Gabriel, mocking him in his uselessness against the Alternate invasion and attempt to remain fearless before revealing his face to Dave, killing him instantly.

Dave's friend "O'Brien" reveals himself to be the false archangel Gabriel, mocking him in his uselessness against the Alternate invasion and attempt to remain fearless before revealing his face to Dave, killing him instantly.