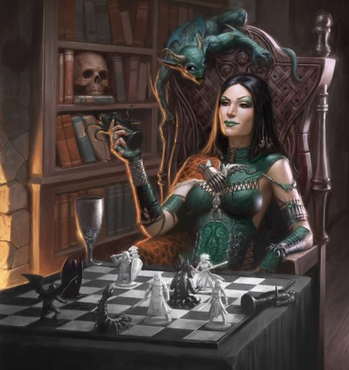 Witch Queen Iggwilv, thinking of who she's going to use next.
"I put out my hand, and the fish swam right into my net—as they always do. It's all in the brightness of the lure you offer."
— Fzoul Chembryl, Forgotten Realms
Advertisement:

In the fantasy realms of Dungeons & Dragons, there are a great many who craft the strings others dance upon.