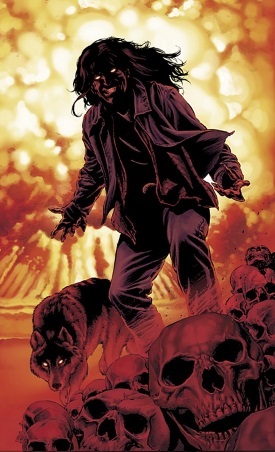 Stephen King has written some pretty nasty villains, but these particularly stand out. It is not uncommon for the actual monsters of his multiverse to pale in comparison to the more human villains.

Entries after the Crimson King and Flagg are by publication date.