Monster / The World of Darkness 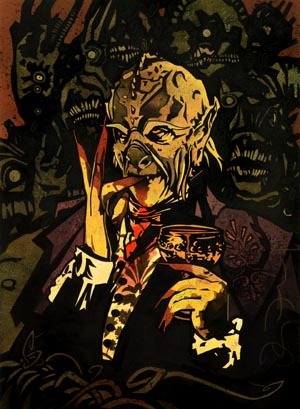 "Sascha Vykos is a monster, long divorced from any lingering vestige of humanity. Her name is spoken in whispers even among Sabbat—her face feared, no matter what shape it takes, and her cold cruelty yet more than the face."
"The entity known as Apophis knows only one thing: corruption. It has been around since time began and it exists to defile and destroy. It is the ultimate trickster, the overwhelming darkness and the unceasing perversion. Among the minions of Isis and Osiris, Apophis is considered the source of all evil. Many are drawn into the Great Serpent's snare unwittingly as their natural desires for success and wealth are slowly tainted by Apophis' insidious influence."
—Mummy: The Resurrection
Advertisement:

In the nightmarish World of Darkness where countless horrors go bump in the night, a select few bring fear and loathing even to their fellow monsters.