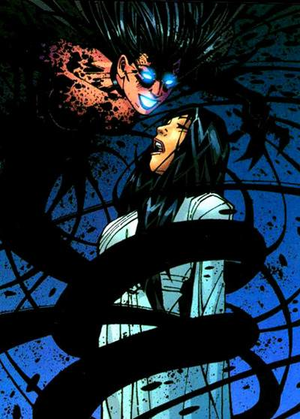 "Find yourself some other prey.
The Starchilde belongs to Selene!"
"All prisoners will be culled. Let the weak perish and the strong survive. This has always been the way of Apocalypse."
—Apocalypse, Age of Apocalypse (Factor X v1 #3)

The X-Men have faced many villains over their long history, but several members of their Rogues Gallery stand out in terms of heinousness.

Wolverine has clashed with several of the above, including Omega Red, Donald Pierce, and especially his Arch-Enemy and Evil Counterpart Sabretooth; he also has his own villains: