Monster / Planet of the Apes 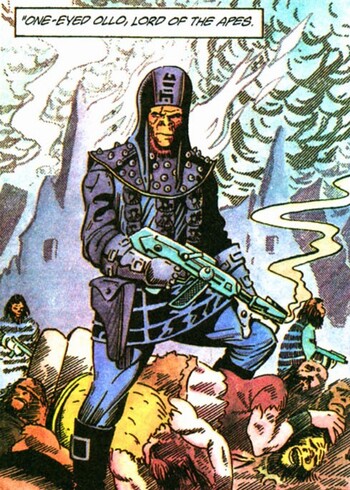 "Urchak now means to wipe out [Miranda's] halfbreed tribe and continue west to conquer and destroy what he sees as an impure and repugnant race. As you can see Urchak has gone quite mad."
— William, to Thorne, Urchak's Folly, issue #2
Advertisement:

Since 1963, the Planet of the Apes has quite a lengthy history of Fantastic Racism, but some of these bad guys stand out as especially vile, whether they're human or ape.