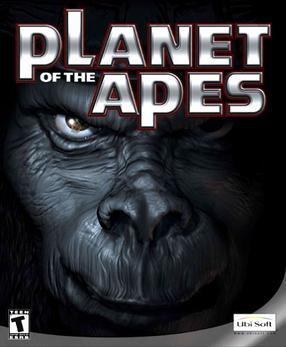 The first video game released in the Planet of the Apes franchise. It was created as a tie-in to the 2001 film, though the plot is inspired by the original novel and the 1968 film.

The PC/PlayStation version of the game follows an astronaut named Ulysses, who crash-lands on a planet inhabited by intelligent apes. The Game Boy Advance/Game Boy Color version is based on the 1968 film and its sequel, and follows the human Ben as he searches for Taylor, the protagonist of the 1968 film.