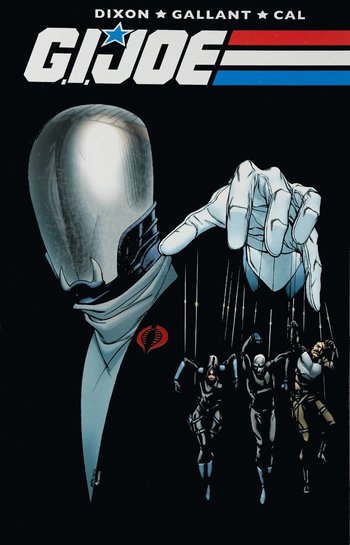 "I keep everything in my head. All of this. Everyone here. I keep track of all of you. Not just where you are, but where you're going and what you're going to do. All of you have your roles. I'm the director."
"You still see us as villains in a Saturday morning cartoon. I understand that Tomax and Xamot had you engaged in all manner of mayhem. They found ways to create as much carnage as possible while maintaining a legitimate business. That's their temperament. You'll find it's NOT mine. The key to success is to consider every possible road toward it, and let nothing—not morality, law, or personal preference—influence your choice of the best one. You'll be surprised by how often that road is not a violent one."
— Cobra Commander, G.I. Joe (IDW)

Since its inception, the various versions of the Joes have faced numerous debonair masterminds.

The Rise of Cobra & Retaliation