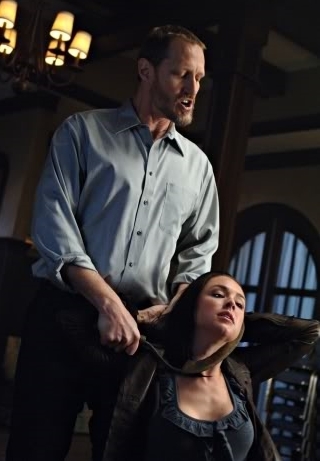 "You know, I haven't been up here since Poland '43. Truth is, I loathe it. It's chilly. No stink of blood or sizzle of flesh or the wet flap of flayed skin. I don't know how you stand it."
Michael: Now, at first, I thought I'd do it better. Show Him. Be more God than God. But now... I just want to burn every one of His little worlds until I catch up to the old man.
Castiel: And then what?
Michael: Even God can die.
—"Nihilism"
Advertisement:

Saving people and hunting things is the family business. Here are the very worst that Sam, Dean, and company have hunted.

Entries after God and Lucifer are by first appearance.