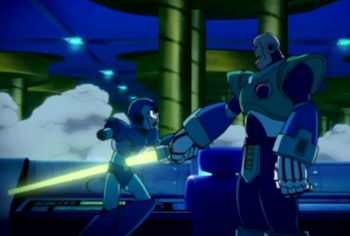 "I will shut down the technology on which your species has become so dependent. All I will leave them in their desperation are their guns and explosives. Humanity will tear itself apart as it struggles to survive. And in the weeks to come, my electromagnetic field will become potent enough to destroy any survivors."
—Ra Moon

Throughout the years, and through various incarnations, the Blue Bomber and his allies have encountered many villains, with a select few standing out as the worst of the worst.