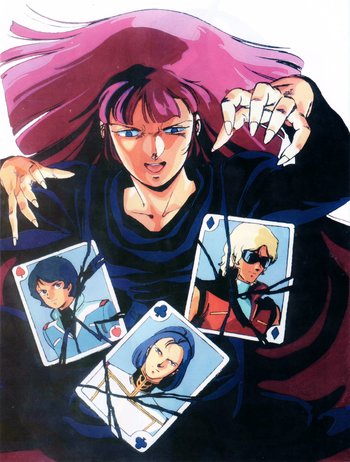 "If you're not with me, I'll eliminate you!"
"I only feel that without me, the times will never change."
— Paptimus Scirocco, Mobile Suit Zeta Gundam
Advertisement:

In the endless wars of Gundam, these villains truly stand out for their charisma and intelligence in the field of battle: