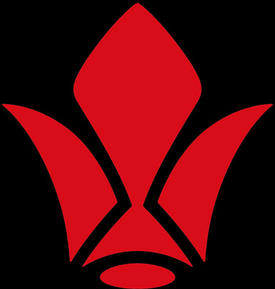 A group of Private Military Contractors hired by Earth to help police the Martian settlements, our heroes are members of CGS's Third Group. A rag-tag bunch of Child Soldiers, they decide to go rogue after the adults of CGS deploy them as Cannon Fodder to delay a Gjallarhorn attack while the rest of CGS runs away. The Third Group subsequently rename themselves Tekkadan, the iron flower.
Tekkadan as a whole

The main characters of the story and the eponymous iron-blooded orphans. A collection of kids taken off the streets of Mars and forced into combat, most of them have never known any other life. They're beaten and abused by the adults of CGS, and treated as disposable, despite actually being better soldiers and more skilled pilots than their superiors. Things finally go too far when CGS comes under attack by Gjallarhorn, and the adults use the Third Group to Hold the Line while they steal everything not nailed down and flee the scene. Against all odds, the Third Group actually defeats the attack (allowing the adults to return), but the incident provides the push they need to plan an open rebellion. 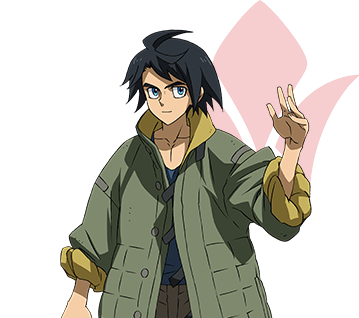 A young orphan and a member of CGS's Third Group, Mikazuki is the closest thing the show has to a main protagonist. As the Third Group's best pilot and Orga's right-hand man, he ends up piloting Gundam Barbatos — previously used by the CGS as a power source — in order to counter Gjallarhorn's attack on CGS. He is rather stunted both emotionally and socially, putting all his trust in Orga while doing whatever he asks him to without question. Utterly ruthless both in and out of combat, he's equally calm about killing his enemies in the heat of battle or in cold blood, but threatening people he cares about is a good way to piss him off. He doesn't enjoy fighting or killing for its own sake, however, expressing an interest in leaving the battlefield and becoming a farmer once he's done fighting for a living. 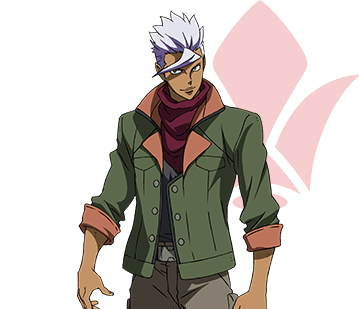 The leader of CGS's Third Group and Mikazuki's closest friend. He recognizes that the rest of CGS cares absolutely nothing for them, so takes the job of ensuring their safety on himself — even at the cost of CGS's displeasure. He's well aware of Mikazuki's fanatical devotion to him and takes pains not to abuse their relationship. After the Gjallarhorn attack on CGS and the Third Group being sacrificed to delay them, it's Orga who sends Mika to pilot the Barbatos in their defense, and it's Orga who floats the idea of taking over CGS afterward. While instrumental in the creation and survival of Tekkadan, Orga is still young and occasionally makes bad decisions — particularly by putting Mika's (rarely expressed) desires before what might be best for the group as a whole. 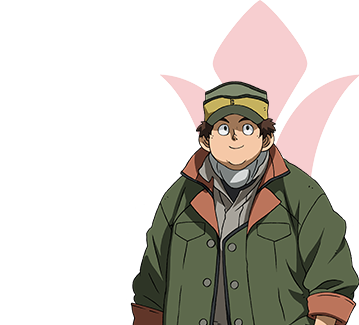 A chubby boy who acts as the Third Group's support officer, working directly with Orga on the non-combat side of operations. One of the few people in Tekkadan to have any family at all, he has twin little sisters, Cookie and Cracker, an older brother who works in the Earth Sphere, and an elderly grandmother, Sakura. He joined CGS in order to help support his family, as their only other source of income is their grandmother's farm, which doesn't pay enough to support all of them by itself. 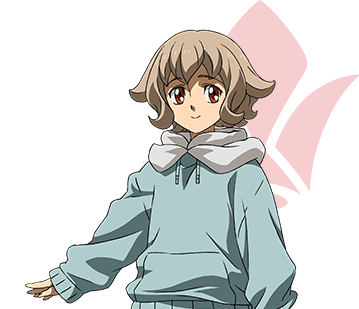 A girl who works at a grocery store in Chyrse, who has become friends with the CGS boys, and Mikazuki in particular. Later becomes a cook on board the Isaribi. 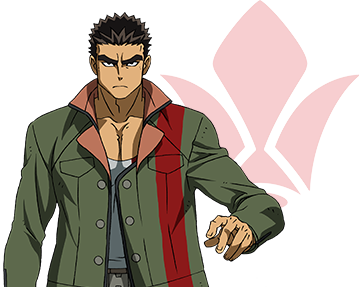 The leader of the CGS group referred to as "human debris", made up of boys who ended up in CGS as a result of human trafficking. Gruff and distant, he nonetheless tends to lead from the front, even in dangerous circumstances. Pilots a Graze, and later the Gusion Rebake. 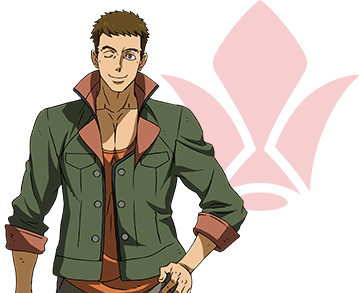 A large, cheerful member of the Third Group, who specializes in hand-to-hand combat as well as piloting. 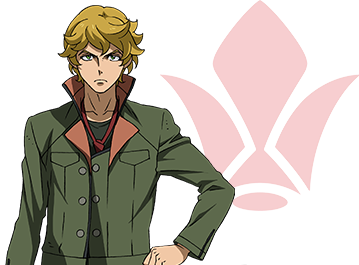 The former leader of CGS's Third Group, displaced from his position when Orga joined. Highly skilled, but doesn't always think things through. Jealous of Orga for usurping his position, and frequently argues with him. 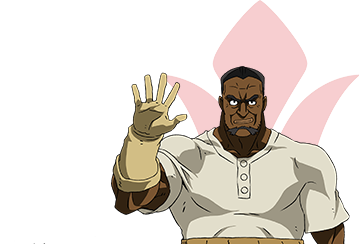 Head mechanic for CGS, specifically those Mobile Workers they always use. He's got his work cut out for him when mobile suits start factoring into the equation. 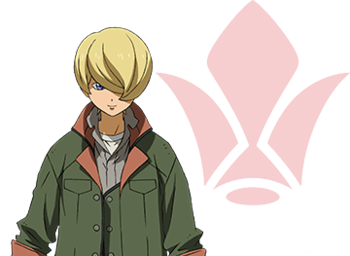 One of the mechanics in Tekkadan. A taciturn boy skilled at his job. Assigned exclusively to Ryusei-Go as of episode 18. 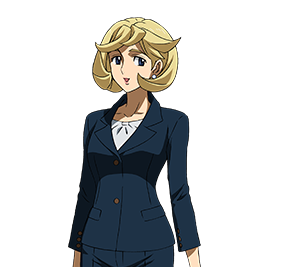 An employee of the main Teiwaz branch (rather than any of the subsidiaries, like the Turbines), she joins the crew of the Isaribi after Tekkadan is inducted into Teiwaz. She acts as a liaison to Teiwaz and a general adviser to Tekkadan, particularly Orga. In season 2, following the death of Jasley, Merribit resigns from Teiwaz and jonis Tekkadan full-time.
Takaki Uno 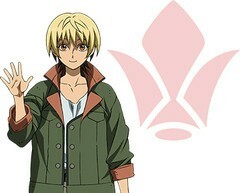 A Tekkadan member specializing as a courier. He has a younger sister named Fuka whom he plans to send to school. 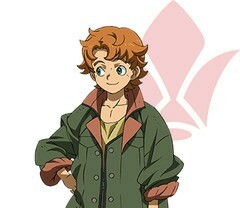 A former Human Debris who serves as Tekkadan's tech expert. In Season 2, he becomes a mobile suit pilot.

A Tekkadan member and former Human Debris. Chad doesn't do much in Season 1, but in Season 2 he is appointed the commander of Tekkadan's Earth headquarters.

The accountant from First Group who would have opted out and made it away with his life... if they didn't have other plans.

A former Brewers Human Debris child soldier, introduced in Season 1 along with Akihiro's brother. He has taken Akihiro's surname and become a mobile suit pilot for Tekkadan.

A former Brewers Human Debris child soldier. He has taken Akihiro's surname and become a mobile suit pilot for Tekkadan.

A new Tekkadan member. Years ago, Hush's "big brother" joined CGS, but committed suicide after becoming paralyzed from the Alaya-Vijnana surgery. Hush has resolved to succeed where his brother failed and become a Tekkadan mobile suit pilot. Originally holding resentment towards Mikazuki due to events in the past, he later goes to respect him after firsthand experiencing the actual risks of war, and ends up becoming Mika's direct subordinate, to Mika's annoyance.

A new Tekkadan member who has a frivolous attitude.

A new Tekkadan member who has been assigned to the maintenance crew.
Radice Riloto

One of the First Group defectors remaining in Tekkadan, and allowed to sit in on Orga's meetings due to rank alone. Back then his only real role was to yell at the kids and keep them in line, and he's not one to throw out the old ways...
Maruba Arkay

The actual head of CGS, which is technically a non-combat role. So fleeing the moment Gjallahorn came knocking? Totally reasonable.
Haeda Gunnel

The leader of CGS's first division and main commander of their forces.