WARNING! In here are plot- and death-related spoilers! 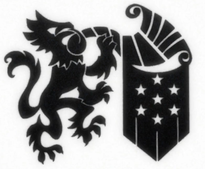 A military group organized by Earth's power blocs. 300 years ago, Gjallarhorn was founded by Agnika Kaieru and ancestors of the Seven Stars. They put an end to the Calamity War, but long since the passing of the organization’s founding generation, have become corrupt and self-serving. Possessing a monopoly on Ahab Reactor technology, their Mobile Suit strength is unmatched.

Gjallarhorn as a whole 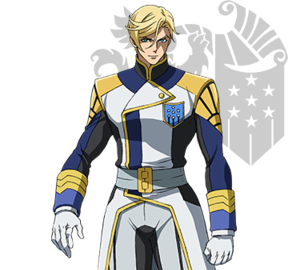 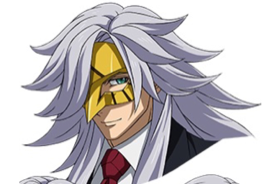 A young Gjallarhorn officer from Earth, visiting Mars on an inspection tour. He is the illegitimate son of Iznario Fareed, the leader of Gjallarhorn. He later adopts the masked persona "Montag" to advance a secret agenda. After the death of Carta Issue, McGillis becomes the commander of Outer Earth Orbit Joint Regulatory Fleet and is trying to resolve the distrusts towards Gjallarhorn. His influence increases gradually by participating in the Seven Stars senate as the representative of House Fareed.

It eventually comes out that he forced himself to act that way. They were genuinely his friends and he did genuinely care for them, but he showed them no mercy regardless, because he judged his goals more important than their happiness — or his own.
Gaelio Bauduin 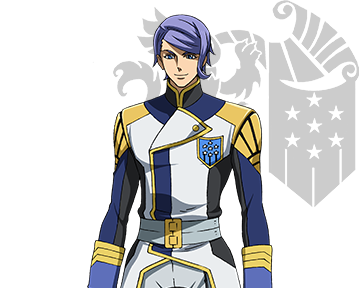 A Gjallarhorn officer, and McGillis's closest Childhood Friend. Also the heir apparent to the Bauduin Family, one of Gjallarhorn's "Seven Stars". 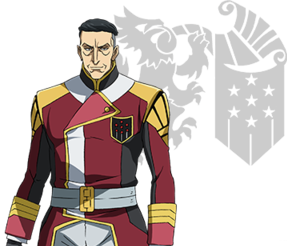 A corrupt Gjarllarhorn officer who attacks CGS to kill Kudelia. 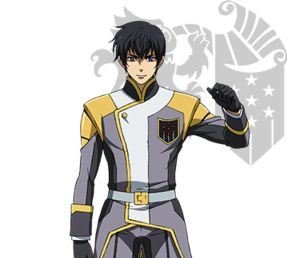 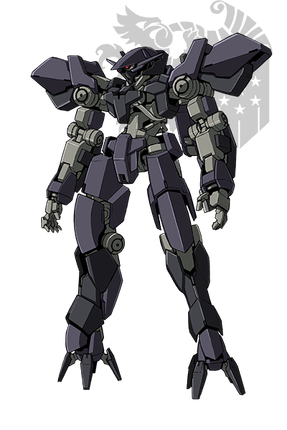 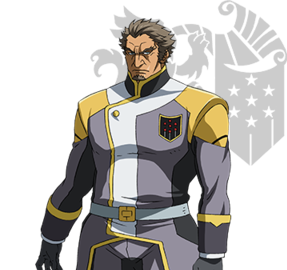 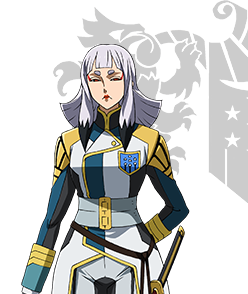 A Gjallarhorn officer in command of the Outer Earth Orbit Joint Regulatory Fleet, and direct heiress apparent to one of the organization's "Seven Stars" - Gjallarhorn's seven founding families. A close acquaintance of McGillis and Gaelio since childhood.

McGillis's second-in-command in the Outer Earth Joint Regulatory Fleet. Isurugi is a skilled pilot who operates an information network. 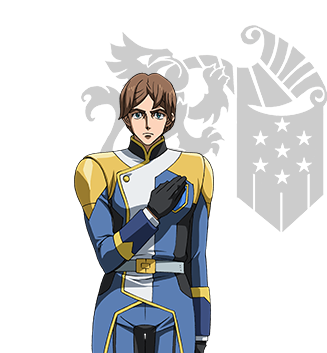 A young and idealistic officer in Gjallarhorn who serves as the main public representative of McGillis's Revolutionary Fleet. 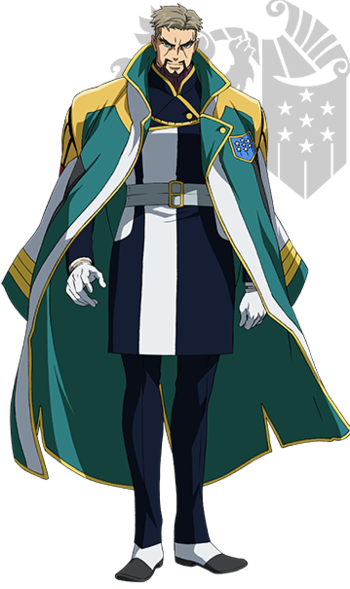 Lord of the Seven Stars' Elion family and commander of the Arianrhod fleet. Rustal is a charismatic leader who has the complete trust of his subordinates. He (openly) opposes reforming Gjallarhorn, which brings him into conflict with McGillis.
Iok Kujan

Lord of the Seven Stars' Kujan family. He is loyal to Rustal. Unfortunately, he seems to have gotten to his position primarily through inheritances and nepotism, which he mistakes for his own competence.

A skilled pilot in the Arianrhod Fleet. She is fanatically loyal to Rustal because he took her in despite her being a commoner. 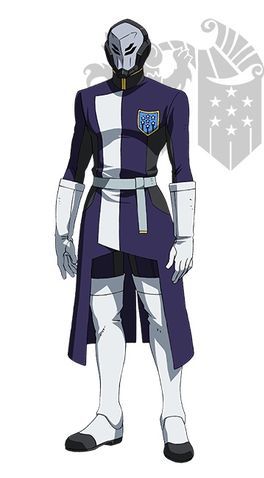 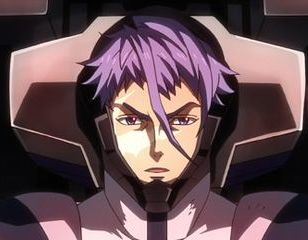 A mysterious masked man working with the Arianrhod Fleet. Vidar has a grudge against McGillis and has been providing Rustal with information on him. It is heavily implied that his true identity is Gaelio, having survived the events of the first season. 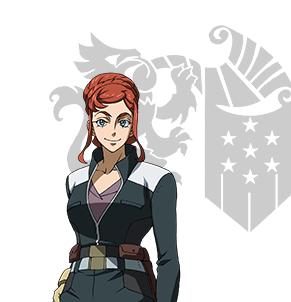 The founder of Gjallarhorn who created the organization alongside the ancestors of the Seven Stars and fought against the Mobile Armors during the Calamity War, saving humanity from extinction.

McGillis' father and Carta's legal guardian. Descended from one of the Seven Stars of Gjallarhorn, Lord Iznario currently acts as the head of the organization.