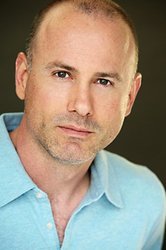 Steve Staley (born August 25, 1969 in Denver, Colorado) is a voice actor and voice director who is most notable for playing various Grumpy Bear and/or arrogant male characters. Some of them are also pint-sized.

He's had quite a few roles in both anime and video gaming. He also goes by the alias Steve Cannon.