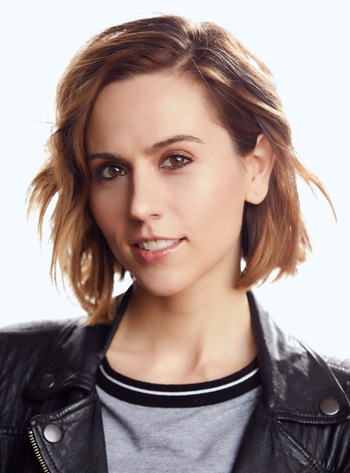 Tell me something Troper, what does Abby Trott's page look like from up there?

Abby Trott (born May 8, 1986) is an American voice actress and singer born in Attleboro, Massachusetts, and based in Los Angeles, California. She's also known as the English singer for "Lifelight", the opening theme of Super Smash Bros. Ultimate.

She is bilingual, being fluent in English and Japanese.

Prior to becoming a voice actor/singer, Trott stayed in Japan for two years in the JET Program and learned the shakuhachi.

Her voiceover debut was in Miss Monochrome.

My roles weave into a spire of flame...